"Vinterberg, the writers, the cast and crew managed to take that depressing reality and craft a very fine and dramatic piece of theatre that teaches us a little about human frailties, about military incompetence, but also highlights family and the need to survive."

"We have, I think, reached a turning point. We either move forward as the human race or we are going to move backwards to a world we thought had disappeared."

Tony Cross read The Fire Next Time by James Baldwin...

Have you ever wondered what happened to the kids who didn't pass the auditions for Short Round in Indiana Jones and the Temple of Doom? Hold on to your potatoes as Susan Omand gives us a short round up of Short Round Up, a short documentary on recently at Edinburgh International Film Festival...

"Ah, you thought I’d forgotten about this didn’t you?"

Susan Omand returns to her #EducatingOmand: Year 2 homework by listening to Weerd Science's album Friends and Nervous Breakdowns. Or, at least, trying to... 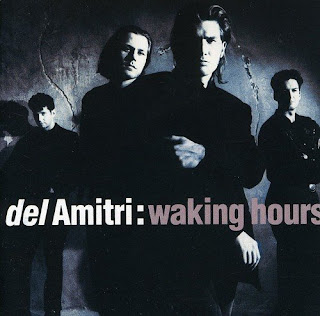 "If I had to sum up The Dead Don’t Die, it would be as if a bunch of lethargic film students managed to strike unfathomable luck in finding the best cast they could possibly imagine, and then proceeded to take the absolute piss"

Jon Britton watched The Dead Don't Die (and enjoyed it!)...

"Surprise dear reader. This week I'm listening to Swan Lake. I am, really. But perhaps you'll think it less odd if I give you its more common title"

Thirty years on from the album's release, Steve Taylor-Bryant looks back at Del Amitri's Waking Hours...

In a new series, our podcasting Barry Norman, aka Stuart Mulrain, lets a guest choose a film to discuss, reminisce over and share why they love it. This week he talks to our own Steve Taylor-Bryant about purple rhino homicide in Death to Smoochy... and why not?...

"anyone could get a good laugh out of this film, and if the emotional moments don’t hit you, the impact of the ridiculous and unexpected will."

To coincide with the release yesterday of his album, Ed Sheeran has released the video for his latest collaboration, this time with Travis Scott. Susan Omand urges you to watch the video for Antisocial. No, seriously, watch it...