Coming to Sheffield Doc/Fest, Steve Taylor-Bryant sees an album be created as he watches the Seamus Murphy documentary about PJ Harvey, A Dog Called Money…

The nominees for The South Bank Sky Arts Awards 2019 were announced over the weekend. Susan Omand does her best Mystic Meg to predict the winners...

Steve Taylor-Bryant read the 12-page preview issue of Monty Nero's new comics series Frenemies and then had a chat with the man himself...

"This is a film where it may be necessary to know something of the history beforehand," Jon Britton watched The Nightingale at Sundance: London film festival... 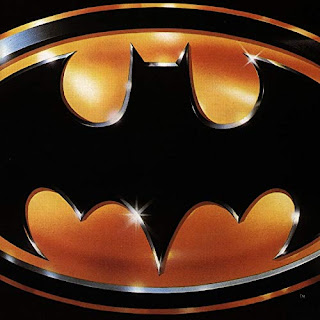 The film's tagline says "Based on the True Story You Were Never Supposed to Know" so Steve Taylor-Bryant obviously wanted to know and watched Vice...

It was one small step for I Seymour to watch the documentary Apollo 11 at Sundance London recently...

This week's #SotD79 choice from Jimmy Hunter is a peach of a song from Melba Moore...

Thirty years on from its release, Susan Omand looks back at Prince's Batman soundtrack album...

Managing to dodge the team building exercises by sneaking off to the cinema, Ren Zelen watched Corporate Animals at Sundance London recently...

Our own greatest showman, Barnaby Eaton-Jones went to Hugh Jackman – The Man. The Music. The Show at Birmingham Resorts World Arena last month...

Steve Taylor-Bryant discovered a knockout short documentary in 48 Hours with Muhammad Ali, thanks to Sheffield Doc/Fest...