Coming to Edinburgh International Film Festival and across the UK this week, Steve Taylor-Bryant delves into the origins of Stockholm Syndrome with The Captor, starring Ethan Hawke...

"OK wow. The Acts by The Dear Hunter. Why am I only finding out about this project now?!"

In this week's #EducatingOmand, Susan Omand discovers an epic tale...

Tony Cross visits Paternoster Row in Victorian London as he listened to The Paternoster Gang: Heritage 1, out now from Big Finish...

"If you don’t think “If Aaron Sorkin wrote The Twilight Zone” is the highest compliment I can give this script, then you don’t know me very well."

Steve Taylor-Bryant headed for 1950s New Mexico and watched The Vast of Night... 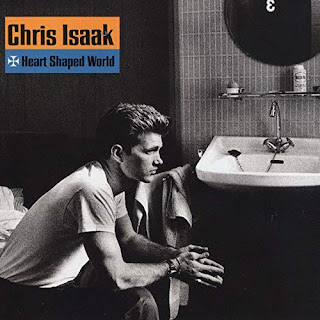 "a short film about mental health and… er… Vikings?"

"Attica became a key event for the civil rights movement after it was over as the real picture of the violent over-reaction came out."

Susan Omand watched The Flip Side at Edinburgh Film Festival...

"It's a good, good track. And, dear reader, should not be remembered in any kitschy way as many of its contemporaries are."

"When you think of Chris Isaak you automatically think of Wicked Game. Or at least I do."

Tony Cross gets back into the groove and reads The Vinyl Detective: Flip Back by Andrew Cartmel, thanks to Titan Books...

Steve Taylor-Bryant reviews a film about a film reviewer. What She Said: The Art of Pauline Kael is on at EIFF next week...

Susan Omand had the Gaul (sorry) to watch Asterix and the Secret of the Magic Potion at EIFF...