"though ostensibly a sci-fi film, it is more a variation on the tales told about prospectors way out West, in the lawless era of the 19th century Gold Rush"

"The year is 1980-something. The timeline has been skewed and the world has unravelled into a neon dystopia circa 1980-other-something."

The Defective Inspector latches on to HyperParasite by Troglobyte Games.

"It is why Gröning’s trial was so important. Even if he was 94. His age is an issue and it is talked about extensively in the film. Is it worth putting a 94-year-old man on trial? And the answer is yes."

Coming to DVD next week, Tony Cross watched the documentary The Accountant of Auschwitz...

"This is another of these potluck “I know absolutely nothing about the band or the album” choices that I enjoy from this Educating Omand series, so I’m interested to see what the lucky bag gives me this time."

For Educating Omand: Year 2 this week, Susan Omand listened to Chiodos and Illuminaudio 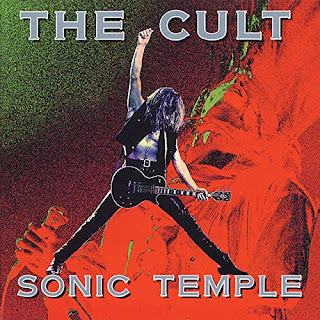 "It is, however, really funny in a dark, "you hate yourself for laughing," kind of a way."

Thanks to Titan Books, Steve Taylor-Bryant read All My Colors by David Quantick...

This week the SotD79 choice by Jimmy Hunter is the delightful Cool For Cats by Squeeze.


"Looking back through history, it seems a lot of fans of The Cult were initially against the change of style from punk/goth to rock band in the late 1980s but, to be fair, I was a kid so I wasn’t involved in any frustration others may have had."

Thirty years on from its release, Steve Taylor-Bryant looks back at Sonic Temple from The Cult

It's more than just smoke and mirrors as Kraig Taylor-Bryant looks at some of the themes in The Prestige (with spoilers)...

Thanks to everyone that contributed to #NotBaconBits on AlbieMedia this week.