The BAFTA Film Awards have been announced. So how did Mystic Mug aka Susan Omand get on with her predictions? See the full list of winners...

It's publication day for George Mann's latest Newbury and Hobbes novel, The Revenant Express. Courtesy of Titan Books, as part of the blog tour, we are honoured today to be allowed to share with you an extract from the new book itself. So grab a cuppa and enjoy...

Our own dark knight David Ames has given himself the task of casting a new Batfamily for the rebooted Batman movie universe. In this, the first of three articles this week, he looks at the DCEU so far...

"*Sigh* I really thought I’d gotten past it." For this week's Educating Omand: Year 2, Susan Omand says BAAA to Lamb of God's album Ashes of the Wake...

David Ames has given himself the task of casting a new Batfamily for the rebooted Batman movie universe. In this, the second of his three articles, he starts his casting calls with Batman, Batgirl, Alfred and a flock of Robins... 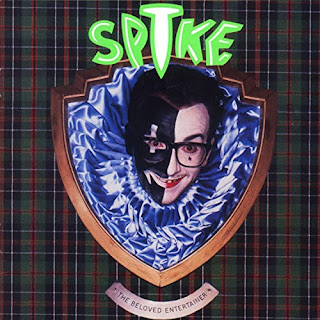 Occasionally Susan Omand picks a random film to watch and, this time, she got shown The Way...


David Ames has given himself the task of casting a new Batfamily for the rebooted Batman movie universe. In this, the last of his three articles, he rounds out his casting calls with the rest of the extended family, including Commissioner Gordon...

"I think this is one of the best, if not the best, intros in music history." For SotD79, Jimmy Hunter ventures Into The Valley with The Skids...

"The beautiful thing about the Turn That Noise Down project though is that reviewing albums that are thirty years old I am bound to come across something that to me is new" Thirty years after its first release, Steve Taylor-Bryant discovers the Elvis Costello album Spike...

"After nearly thirty years Terry Gilliam finally got to make his passion project, The Man Who Killed Don Quixote, and I… well, I had to wait another year" but Steve Taylor-Bryant FINALLY got to watch the film (after getting through the DVD menus in Spanish)...

"why don't we have an entire movie of kids on other kids' shoulders trying to do adult things?" This week's Was This Always Weird podcast looks back at the 1995 film The Little Rascals...

For the 20th anniversary of the Japanese horror Ringu, and with the upcoming 4k re-release in cinemas (on 1st March) and DVD/Blu-ray (on 18th March), Ren Zelen re-examines the film...